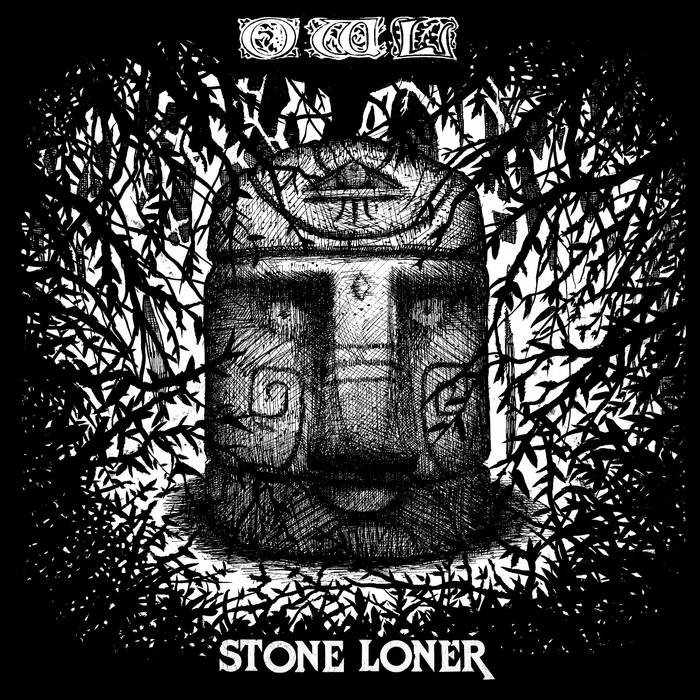 Oakland’s Owl, featuring a trio of brothers (the youngest of which is 17) and a female bass-ess who’s of no relation, wallow in that witchy downer rock of the 70s, and their new self-titled two-song EP is some shabby and vintage proto-metal fuzz. So shabby and vintage, in fact, that I’m convinced these guys just found this 7″ in their cool uncle’s attic in a dusty old box between some Night Sun and Iron Claw LPs and have decided to pass it off as their own, assuming we’d all be none the wiser because no one in their right mind these days would dare record something so sonically regressive. Both sides of this one, A’s “Stone Loner” and B’s “Feaster From the Stars” are an untamed mix of early Iron Maiden and Pentagram, the NWOBHM riff attack wrestling with the back end doom vibe for dungeon supremacy. You know, I kind of like it when a band trades in the pro tools for some tin cans, used mattresses, and bad fun.
-Broken Beard 3/20/2012

If they weren’t so damn good anyway, I’d already be predisposed toward digging Oakland hessians Owl for the following reasons…

I like Owls, their rockin’ bassist Melanie ‘Manslaughter’ Burkett is one of my colleagues over at the galaxy’s greatest blog Illogical Contraption, and the A-side of this here platter o’ wax is named ‘Feaster From The Stars’, a title that, if you know your weird fiction – and I do – you’ll know is actually referenced by H.P Lovecraft in his story The Haunter From The Dark and is attributed to writer Robert Harrison Blake who was, in fact, a literary ‘in joke’ representing future-Psycho author Robert Bloch, a young correspondent of Gran’pa Lovecraft.

That crowd were always doing this kind of thing, marmalizing thinly-veiled versions of one another in their fiction, snickering at in-jokes and terrible pseudonyms thrown in for their own amusement….and for sad bastards such as myself to enjoy and revel in years after they’re all long-dead and buried.
Clearly someone in Owl is also such a sad bastard, which brings joy to my heart.
So, as you see, Owl were most certainly onto a winner before I’d even heard ‘em. Luckily for me, you and Owl themselves, actually hearing them only served to further endear ‘em to me.
The brace of tracks contained herein have a definite rough-arsed NWOBHM thing going on, teamed with a scrappy punk attitude and a low-tech proggy expansiveness that hints toward early Iron Maiden as an influence.

I detect definite Fancy Metal touches too, with the use of harmonies and sudden time changes in ‘Feaster From The Stars’ in particular tugging on my ear.
There is a real down-n-dirty approach to Owl’s sound that really gives ‘em an extra edge, non-typical almost garagey vocals and a real murkiness to their overall sound that adds a real appeal to the whole shebang.

B-Side ‘Stone Loner’ has that punk/garage ‘tude down pat, plus a hazy prog thing going on during the latter half of the track. ‘Feaster From The Stars’ is more of the fancy-NWOBHM side of things, but one thing that unites both sides is the grrrrrrrrreat playing from all involved – Manslaughter keeps things held-down tight on the bass-end, whilst the brothers Baechle – Clint on drums (also from fellow heshers Hazzard’s Cure) and Alex and Axell on guitars and vocals – take care of every other bit of musical business.
Now, mention must be made of the fact that Axell is 17 years old and shreds like a goddamn MANIAC. Clearly the boy is the secret weapon of Owl, deployed to add further awesomosity when needed . Those Baechle brothers are squeaky-tight.
-Sleeping Shaman 6/10/2012