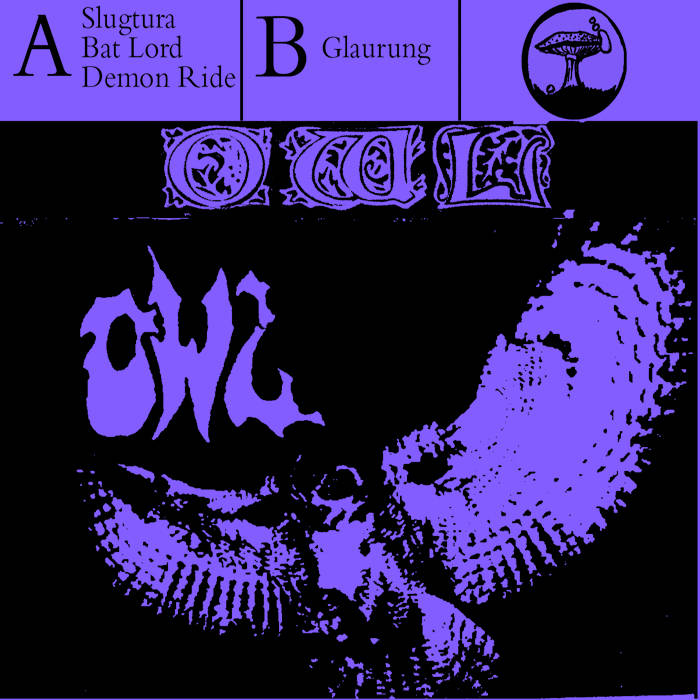 Oakland, California's OWL is a 4 piece consisting of 3 brothers & a friend that channels 70's metal to a T. MRR reviewed this in their last issue and in it said their was a rumour that the lead guitarist was 13 years old when this demo was recorded! How bad ass is that?
OWL's music is Heavy Metal, no if's, and's or buts. No frills, no make up, no glitter. OWL is Heavy Metal. OWL is 1970's. OWL is a lid of dirt weed. OWL is a ten-strip of WindowPane. OWL is LEMON 714. OWL is rails, not bumps. OWL is Hippie Heavy Metal Murder Love. OWL is Occult. OWL is cult. OWL is HEAVY FUCKIN METAL!
-No Beast So Fierce 1/9/2012

This band seems to have come to fruition out of the NWOBHM lovin' sect within the Oakland, CA crust metal scene. OWL consists of three brothers and an unrelated girl, in cluding members of ACTS OF SEDITION and STORMCROW. Their guitarist who is truly impressive with those crazy solos - not to be missed live. I heard a rumor that this tape was recorded when he was... thirteen years old? I call bullshit, but if it's true, he's like a witching hour miracle. The recording has a vintage raw sound, and captures the band's late 70's, early 80's British influence. Same recording quality and vibe of the remastered PENTAGRAM demos or what witchcraft was going for by using only vintage gear. I think these guys might like HAWKWIND? Anyway, this is one of those tapes you flip over and over for days and get the riffs stuck in your head. Beautifully executed and well worth the $4 asking price.
-Maximum Rock 'N' Roll